Good Friday is the day of remembrance for the crucifixion of Jesus, the time of the greatest fasting and mourning. The notable ceremony of the day is the truncated mass. Good Friday processions, viable parades, passion games have flourished since the Middle Ages. Part of the Good Friday devotion was the Calvary Walk (Calvary), the vigil around the Holy Sepulcher. The construction of the Holy Sepulcher, the coffin of the Lord, is a peculiar Hungarian and Central European liturgical custom in Catholic churches.

During Good Friday’s fast, they don’t cook, they fry in fat. On this day, people visit cemeteries, visit their dead, clean up graves. In memory of Good Friday, the bells in the Catholic churches will be silenced on Good Thursday, from that time until Easter they will ring instead of ringing, and the bell and bell will also be removed from the cattle.

Plowing was forbidden on Good Friday, but if it had to be done urgently, the draft animal would have to say “Don’t Friday, don’t!” words had to be shouted. The ban only applied to work, the cattle had to be fed, watered and kept in order on Good Friday as well. 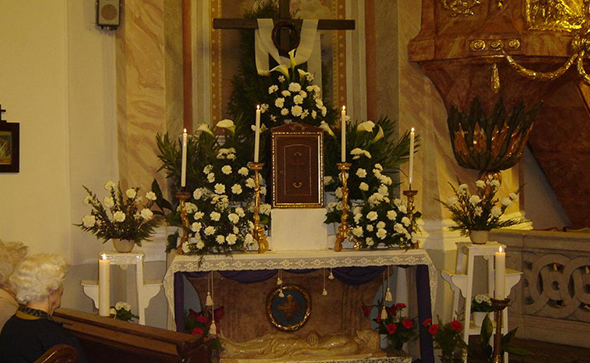