There are numerous folkways associated with Palm Sunday (Virágvasárnap = Flower Sunday), including the consecration of the catkins, which prevents damage, protects the owner’s house from storms and fires, and increases the crop according to Hungarian folkways.

According to Roman Catholic customs, the catkin is blessed by the priest before the Palm Sunday Mass, and the faithful take him home at the end of the Mass and then burn it on the Ash Wednesday (Hamvazószerda) of the following year, thus preparing for the new fast period.

The symbolism of the catkin best corresponds to the meaning of the palm branches spread to the ground when Jesus marched to Jerusalem.

The catkins decorated with colored eggs adorn the tables of many families during Easter in Hungary. 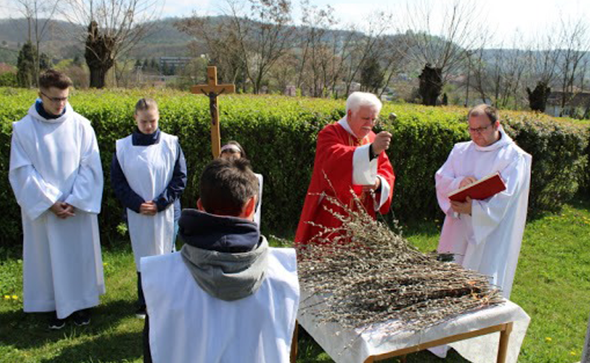