In Catholic areas, after Holy Thursday Mass, the bells and bells will mute, and next time they will only be heard at Holy Saturday evening Mass and the Resurrection procession. According to the people, “the bells fly to Rome” and are replaced by a clapper for two days. In most places, a larger clapper box is erected in the tower or in front of the church, inviting the faithful to the ceremonies.

In the traditional, religious villages, the village is mourned on this day, everyone is dressed in black. On Good Thursday night is the ceremony commemorating the last supper, at the end of which the altar is completely stripped, which remains barren and empty. Then they also deprive the altar of the ornaments and put out all but one of the candles (This is the Oltárfosztás).

In most places, male eggs were made on Good Thursday or Good Friday afternoon. Good Thursday was also called Green Thursday, when spinach and young nettles were cooked in the hope of a good harvest. The beating of Pilate was an old tradition (Pilátus-verés).

A larger puppet was clothed for Pilate, which was taken to the main square of the village on Good Thursday afternoon, and there the inhabitants wrapped it well. Most of the time they listed their own worries and troubles, they took revenge on Pilate.To commemorate the fact that Jesus was once awake on the Mount of Olives, Good Thursday night the older women prayed at Calvary or at roadside crosses. 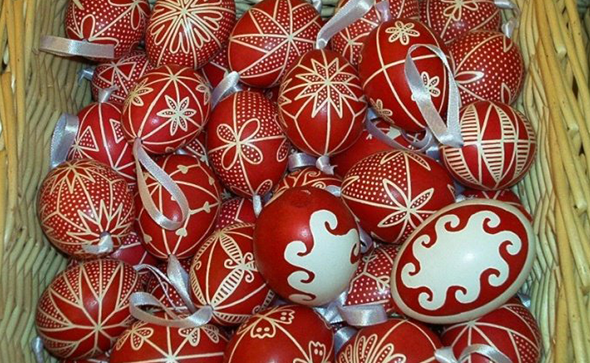